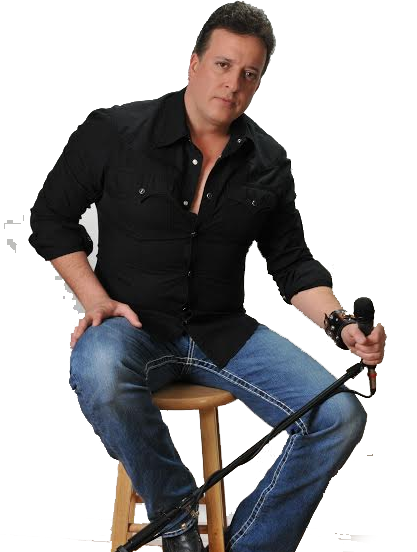 Bill Simas, started doing stand-up in 2005, when he was given his first chance to perform with the RI Comedy Factory thanks to a RI comedy legend, Mr. John Perrotta! After a hiatus, Bill returned in January 2011 to chase a dream that should have been chased two decades ago.

Since then, he has hosted at the Comedy Connection in East Providence RI, performed at Catch a Rising Star at Twin River Casino in Lincoln RI, and headlines various benefits and fundraisers.  He also created a very successful show at Comix Comedy Club Bar & Grill at Foxwoods Casino.  At Bill’s Comix show at Foxwoods,  he started by hosting the show, moved up to the featured act, and is now headlining his own shows as of Fall 2012!  Bill has now begun touring nationally, headlining every six months at Catch a Rising Star at The Silver Legacy Casino in Reno, Nevada.

October of 2014, Bill competed in the Funniest Comic on the East Coast competition, organized by TreeHouse Productions, at Mohegan Sun Casino.  He placed top 5 out of several hundred comedians.

Two words have directed and sustained Bill’s journey: humble and hungry. Stay humble and help as many people as possible. Stay hungry and keep that fire to remain focused on his goal; bringing good energy and good comedy to every single show.

Bill has recently launched a comedy fundraising business with local New England headliner, Mike Murray, called Funny4Funds (Funny4Funds.com) where they are averaging $5000 raised per event.  Bill and Mike will help you raise money for your cause and help you “Laugh All the Way to the Bank”.

Experience the energy of a Bill Simas show!  Find out more information at BillSimas.com